“I Will Protect You Always!”

Ever say anything like that to your kids? Watch out!  That’s a promise that no one can possible keep – and – read on to  find out how it may even hold you back!

“Mary” came to me saying, “I wish I could make more money (as a seamstress serving local clientele and dry cleaners, making $15 an hour), but I feel like there’s some kind of hand holding me back.”

After a little investigation, I found out that she had been in a bad car accident with her 15-month old son 22 years ago. Her husband had been killed; she sustained minor injuries; the baby was fine.

Something told me it wasn’t the accident that was the key traumatic event, although it, indeed, had been traumatic. I had a strong feeling that there was something else.

Sure enough, as we talked and tapped, it came out that on the way home from the hospital, she had looked her son in the eye, and – although she knew he wouldn’t get what she was saying – she told him, “don’t worry, I’ll protect you always!”

At the time of her session, she was angry and upset because her son “acted like a spoiled brat,” and was surly and resentful that he still lived at home, although he’d wanted to move out since he was 18.

She’s a talented dress maker, but stayed home ostensibly because she wanted a “strong family unit.” They both felt trapped.

After we released the trauma of the car accident and her husband’s death, we also released the snag of the vow to watch over her son “always.”

She realized having a strong family included letting her son go out into the world to do his own learning and contributing, and for her to do the same with her own talents.

She signed off the call feeling free and excited – and with a list of stage managers she knew personally who she was going to contact to see if she could serve them with costume creation, her first love.

As I write this, they are on a flight together to NYC, where he will study – ironically – acting. He no longer “acts out,” is happy and even excited.

WHAT VOW DID YOU MAKE?
WHAT BELIEF HAVE YOU BEEN ENFORCING?

Can you see how one belief, one declaration, one vow can grow out of a traumatic experience and hamper more lives than even your own?

What vow did you take that holds you and/or someone else back?

“What decision did you make in a time of trauma or upset, what belief do I hold, what vow did you take that keeps you living an itty-bitty life…
•  when you and your spectacular voice could be on stage entertaining or helping others?
•  when your art could grace homes, offices, gardens and outdoor plazas and courtyards around the world?
•  when your knowledge of health/fitness/weight-management care could save someone’s life?
•  when your business knowledge could help someone succeed, make money and help others, as well as better support her family?
•  when your communication techniques and skills could help individuals, companies and countries working for peace instead of fighting interminably?

WHO and HOW MANY ARE MISSING OUT
BECAUSE  YOU HAVE UNRELEASED TRAUMA?

I invite you to finally ELIMINATE the TRAUMA you went through – whatever it was, mild or extreme – and its after effects, limiting decisions, beliefs and habits – from YOUR LIFE!

Make the commitment to your inner health and well-being – email me with your concerns and we’ll set up one or more Trauma-Busting Sessions for you! 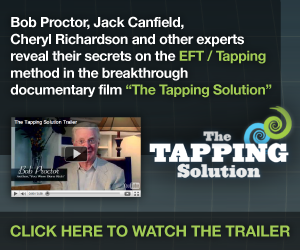